What To Eat: The Best Food in Sardinia, Italy

Here is a quick foodie’s guide to the best food in Sardinia, Italy. 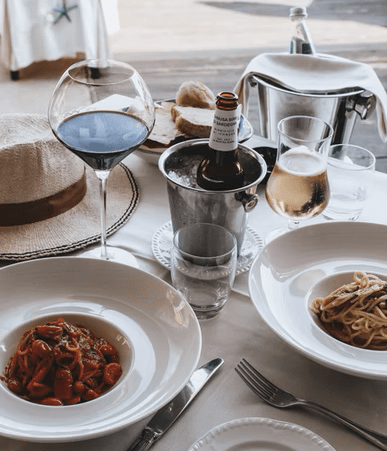 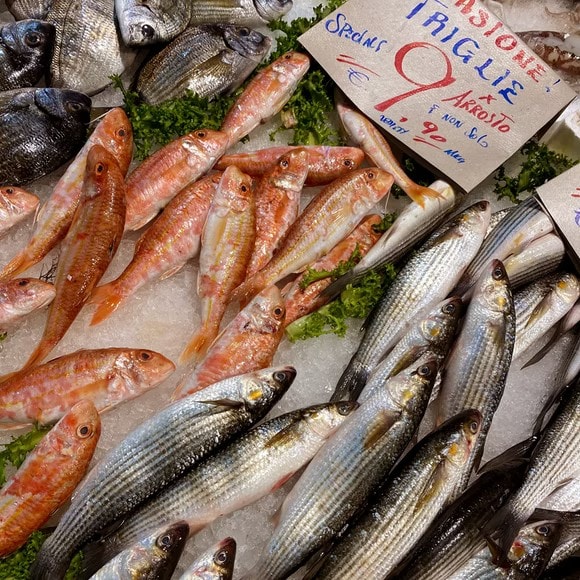 Truth be told, I knew little about Sardinian cuisine until I did my research. Like the island itself, Sardinian food is technically Italian, yet is also a world unto itself. Separated by culture and geography from mainland Italy, Sardinia has a distinctive culinary tradition that has been shaped by centuries of interaction with Phoenicians, Carthaginians, Romans, Arabs, and Spaniards.

In fact, this 9,300-square-mile Mediterranean island only became part of Italy in 1861. With a history so long and an area so vast, Sardinia naturally has a wide range of culinary specialties from its different regions. One can expect to taste meat dishes and cheese pastries in the highlands and inland regions, while coastal towns have more fresh seafood.

What you’ll find less common when eating in Sardinia, though, are English menus. That is why I’ve taken it upon myself to list some of Sardinia’s most recommended staple dishes you’ll likely encounter in their menus. In this guide, I’ll share with you the best meals to order — including pasta, bread, meat, seafood, cheese, and dessert. 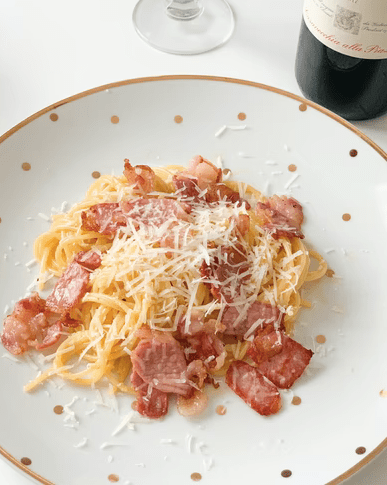 Sardinian cheeses are mostly from sheep’s or goat’s milk since cows are not very common on the island. In fact, Sardinia is home to the famous pecorino, a salty Italian cheese usually used for grating. It is derived from the Italian word pecora, which means “ovine”. The younger the pecorino cheese, the softer and milder it is. So if you prefer your cheese harder, choose the more aged ones.

One popular style of pecorino cheese is the Fiore Sardo. It’s rare to see this sheep’s cheese in other parts of Italy since it’s made from the milk of local Sardinia breeds. Aged for several months, the Fiore Sardo has a pungent taste with a touch of sweetness and flavors of nut and salt.

If you’re feeling adventurous, you might want to try Casu Marzu. Sometimes also called Formaggio Marcio, or “rotten cheese”, this maggot cheese is left to age with insect eggs inside. The European Union has banned this because of obvious sanitary reasons. So you can only get it from the black market.

The most typical bread you can find in Sardinia is Pane Carasau. It’s an ultrathin, crispbread that originated from the mountainous areas of the island. This flatbread is made with hard wheat bran, water, salt, and yeast and is double-baked at high temperatures. 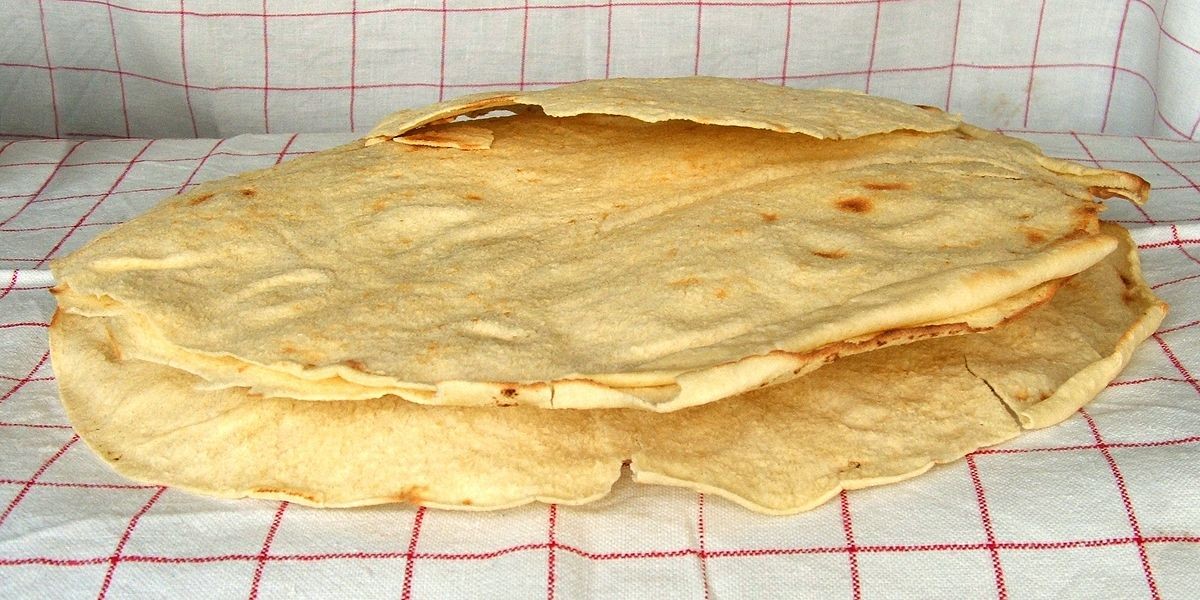 ane Carasau can be served with meat and cheese. It may also be served as Pane Frattau, a dish made with Pane Carasau, tomato sauce, and cheese. Another version of the Pane Carasau is the thinner Pane Guttiau. It’s seasoned with local olive oil and salt.

A famous Sardinian comfort dish that can be made from the cheese and bread mentioned above is the Zuppa Gallurese (a.k.a. Zuppa Cuata). Don’t be fooled by its name; it’s not a soup. This dish is relatively dry and has the same consistency as lasagna. Lamb broth is used to prepare it, though.

This dish was historically a poor man’s dish, as one of the main ingredients is stale bread. Aside from slices of bread, it’s also made with cheese and lamb broth. If available, cow’s milk is added, too. These ingredients are then baked to perfection.

Pasta is normally served as a primi or first course. One typical Sardinian pasta is Culurgiones, a fat ravioli-like pasta stuffed with pecorino, potato, and fresh mint. This dumpling pasta is served with pecorino, nuts, and tomato or creamy mushroom sauce. Some added sage, butter, and/or basil to garnish and flavor. 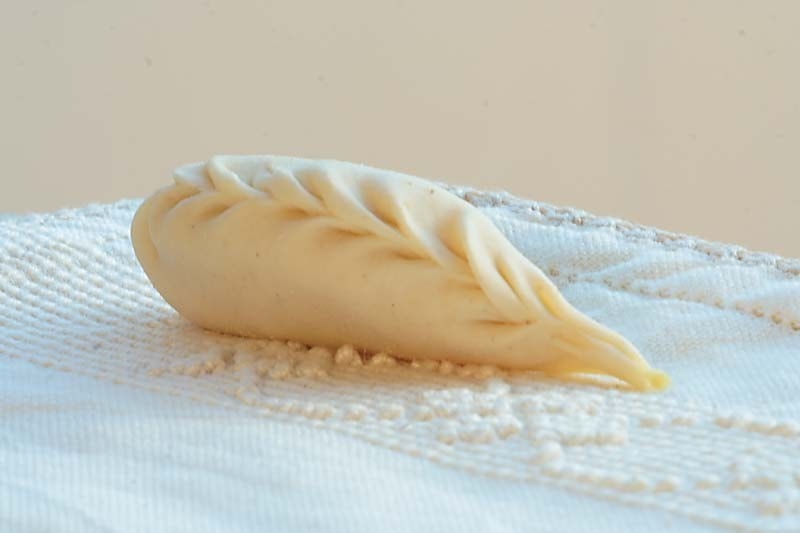 Another pasta type is Fregula (sometimes spelled Fregola). Made of semolina flour, it is traditionally hand-rolled into small pearls. These tiny semolina balls are soft and moister than pasta made of traditional flour. Fregola is normally prepared like risotto. It may be served with light red sauce, pecorino, and seafood. 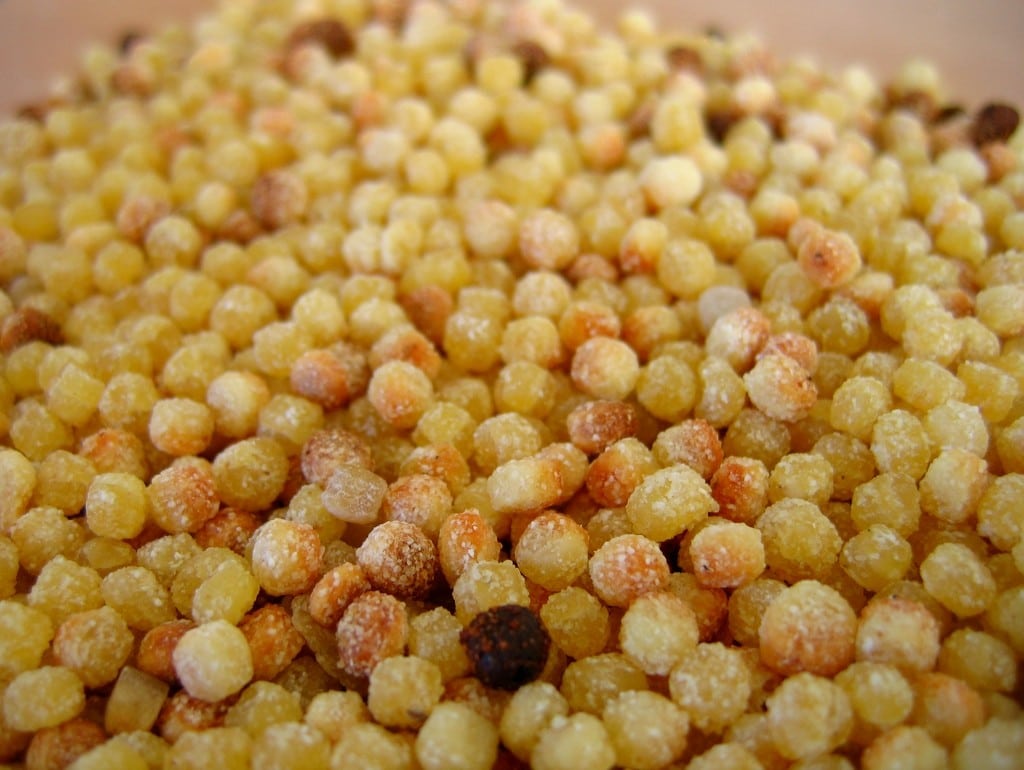 Malloreddus is a thin, tiny type of pasta shaped like ribbed shells. This pasta is also known as the Sardinian gnocchi because of its shape. It’s made with durum wheat semolina flour, water, salt, and a pinch of saffron.

And the most common pasta dish you’ll find on restaurant menus in Sardinia is the Malloreddus alla Campidanese. It originated from the south and central parts of the island. This dish is made with a slow-cooked sauce of pork sausage, tomato, and grated pecorino.

As the second-largest island in the Mediterranean, it’s no surprise Sardinia has several seafood delicacies. One of them is Bottarga. This Cabras specialty is quite popular throughout the Mediterranean. Sun-dried mullet fish roe is salted, sliced into big fat chunks, and drizzled with virgin olive oil. It may be eaten as a starter or grated to garnish pasta. 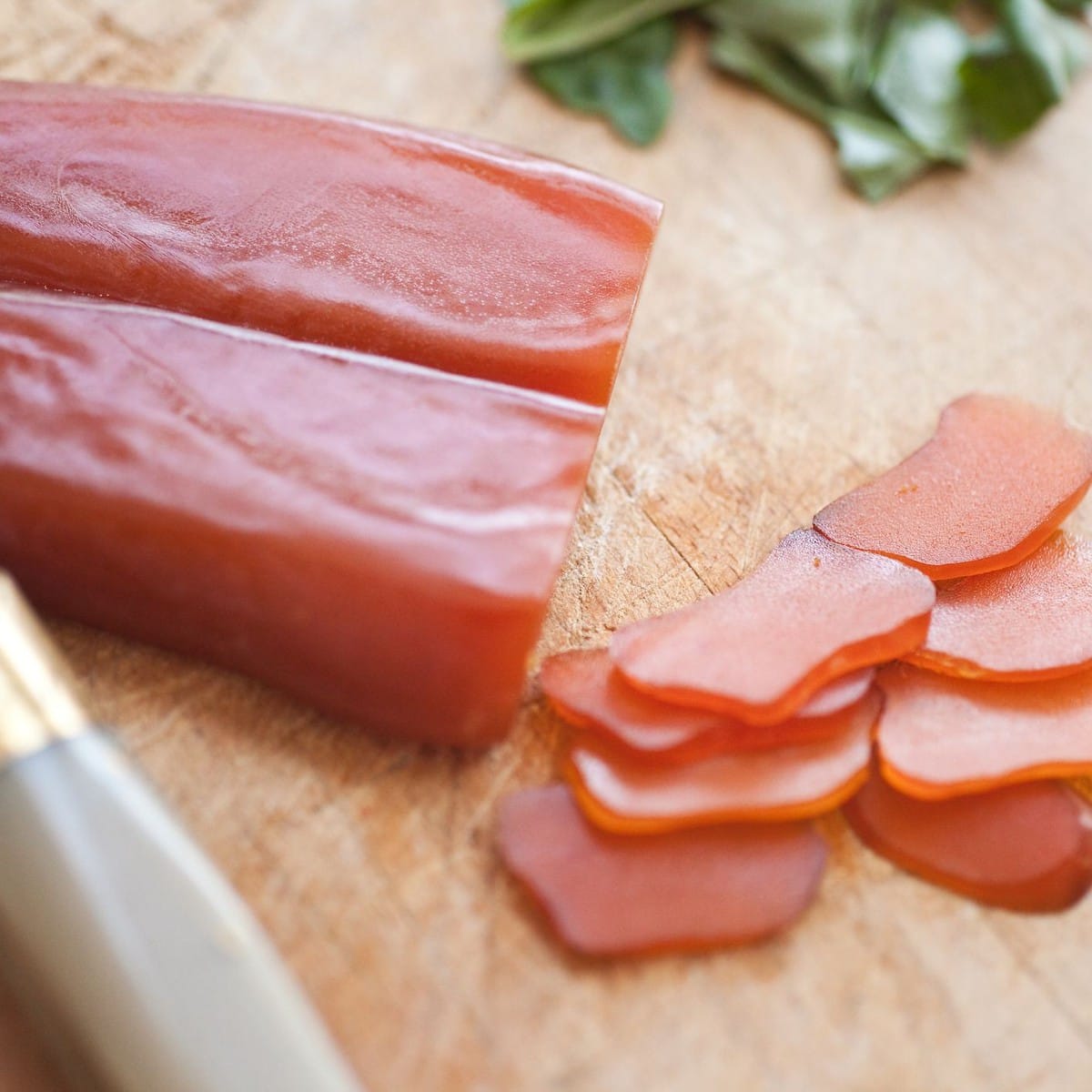 A popular dish you can make with Bottarga is Seafood Fregola. It is made with fregola pasta, heaps of clams, prawns, and dressed with Bottarga.

Another seafood that Sardinians love is lobster. The Catalan town of Alghero on the island’s northwest coast has a special way of preparing lobsters. They steam female lobsters and serve them with fresh tomatoes, onion, and a mix of olive oil, lemon, and black pepper. This lobster stew is also popular in Catalan, Spain.

Most Delicious Sardinian Food and Meat

Meat is served as a secondi or second course, usually after pasta. 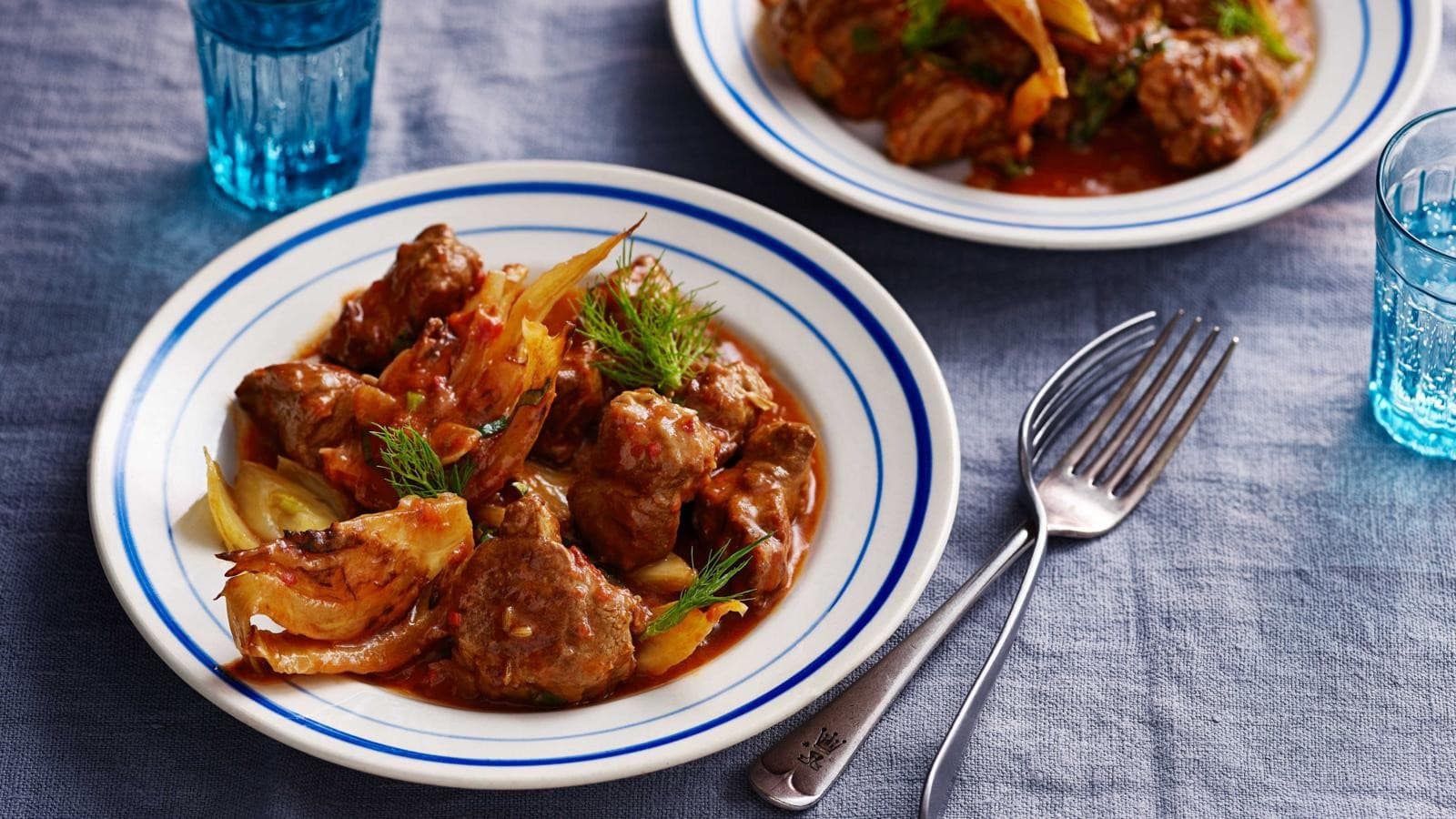 Sardinia is known for its stewed meat dishes. Most of them are slow-cooked in tomatoes, onions, and garlic until they’re tender. Below are some of the most common meats in Sardinia.

A lot of Sardinian dishes are made with lamb. One popular way of cooking lamb is by stewing it for an hour. During Easter, families enjoy their lambs with artichokes.

But if we talk about traditional Sardinian food that tourists must try, Su Porcheddu tops my list. It’s a roast suckling pig cooked slowly for 7 hours to soften the meat and achieve the desired crispiness of the skin. It is cooked with myrtle or rosemary leaves.

When you think of meatballs, you might think of the usual spaghetti with meatballs. But meatballs and pasta are served separately in Sardinia. Made with lamb or pork, meatballs are served as a starter or a second. 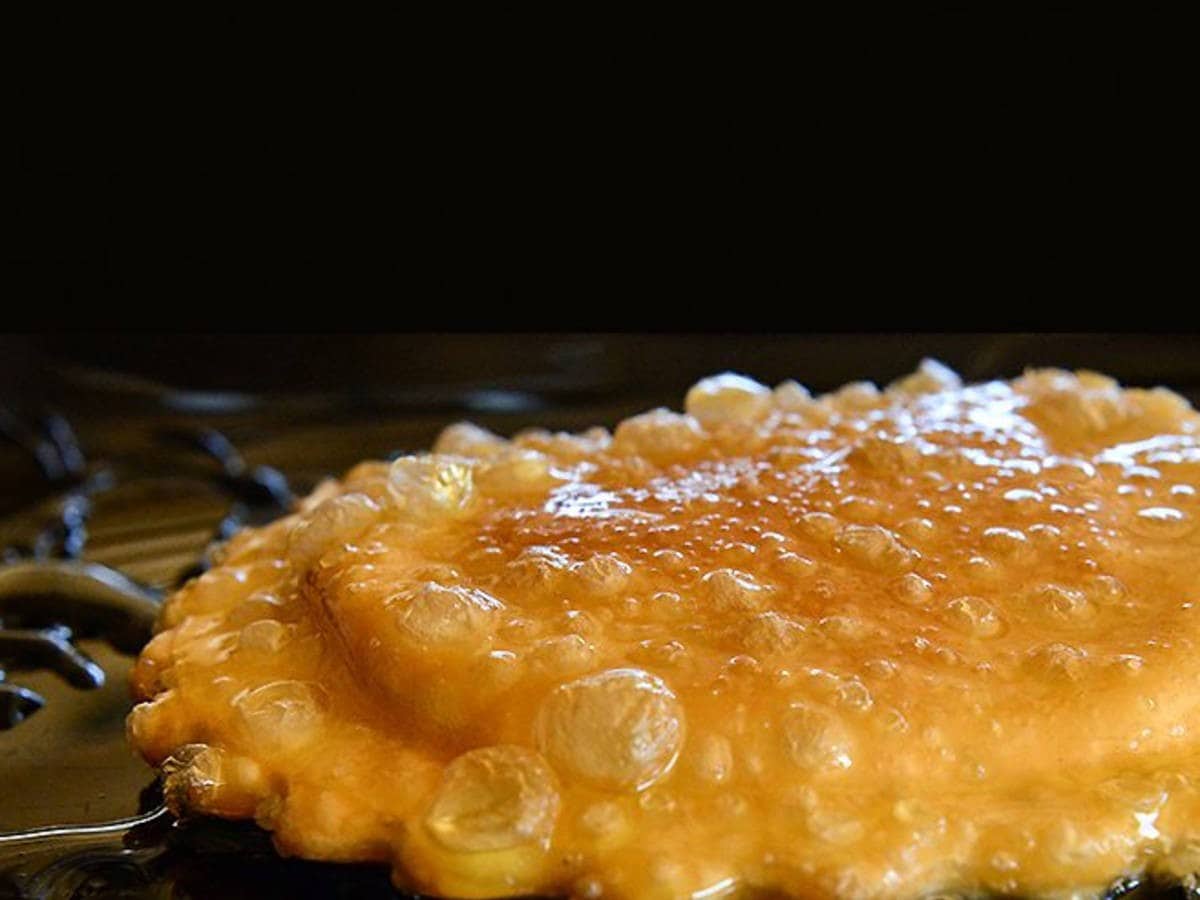 For dessert, Sardinia is best known for its Seada. It’s a deep-fried cheese pastry filled with pecorino or lemon-scented cheese and drizzled with warm honey and lemon or sugar peel.

Due to its temperate climate and ideal geography, Sardinia produces great wine reminiscent of its hot summers and volcanic grounds. Some of the most notable Sardinian wines are made from Grenache (locally called Cannonau) and Vermentino wine grapes.

Cannonau is a late-ripening red wine grape variety that goes well with pecorino cheese. Vermentino, on the other hand, is a light-skinned grape from the northeast region of Sardinia. It produces wine that is usually paired with lobsters and seafood.

Summer is generally ideal for those who want a holiday near the beach. Beaches may get too crowded, though. But for those interested more in Sardinian food and wine, visit in spring and fall. It’s going to be less crowded, yet the weather will still be good.

It depends on what you plan to do or eat. Although Cagliari is a year-round destination, there are plenty of other interesting cities and towns you should see. For a guide on where to stay in Sardinia, check out this article.

Being surrounded by the Mediterranean Sea, Sardinia is most known for its gorgeous beaches and pristine waters. For food travelers, it’s best known for its pecorino cheese, unique pasta varieties, and wines. But did you know the island is also famed for its knives and blades, bronze pasta cutters, and traditionally weaved baskets?